INTERVIEW: Denmark must invest even more strongly in Africa and focus its efforts on wind, water, education and democracy. The money must be found in Asia, says Danish Minister of Development Rasmus Prehn, who at the same time states that development assistance will fall next year.

Development cooperation must be further strengthened in Africa.

Therefore, when the government unveils its development policy priorities for the coming year with the Finance Bill for 2021 in the autumn, there will be a focus on Denmark’s development efforts.

This is what Rasmus Prehn (S) says in an interview with the Danish media Altinget, on the occasion that on Saturday it is a year ago that he, with Mette Frederiksen’s blessing, could for the first time call himself Minister of Development.

“Instead of trying to be present in as many places as possible at all in your eagerness to help, and then not being able to put enough weight into it, I think there may be something sensible in it. , that we – and we were already doing that at the last Finance Act, and we will follow up in the next one – focus our areas a little more” he says.

Does that mean you want a narrower portfolio?

“This is what we need to have discussed broadly in the rapporteur circle. We must have a new strategy by the end of 2021. I can just sense that where we really make a difference is where we put some weight and some effort into it” he says.

Should there be a focus both geographically and thematically?

“This is a discussion we must have in connection with the strategy. We have clearly said on the part of the government that we want a clear Africa focus, so I envisage that we will prioritize Africa and perhaps be less present elsewhere.”

The first year as Minister for Development has given Rasmus Prehn (S) a sense that Denmark’s development assistance work is more effective in a number of specific sectors than others.

Therefore, he will work particularly hard here in the hope of being able to inspire the outside world through successful Danish “pioneer projects” in developing countries.

“I’ve been around the world and seen that where Denmark can really make a difference is when we take some of what we’re best at in Denmark – it can be in water, wind energy, education, democracy and human rights or organization – and trying to fit it into a context of local culture and get them to use it to further develop their community,” says Rasmus Prehn and continues:

“It also means that if we can do some pioneering projects where we go all in, then I think we can do something that is so inspiring that we can inspire someone to do the same.”

Will cut in Asia

When it is to be possible to strengthen the commitment in Africa, it must be done partly through closer cooperation with the business community and civil society and partly by cutting other efforts, the minister explains.

“I can well imagine that there are some priorities in the coming budget years, where we turn down some of the things we have in Asian countries to be able to put some more things in Africa.”

In some places, development efforts should be cut to the bone, so that only humanitarian efforts remain, the minister believes.

“We need to have some basic discussions about whether there is something that we may be able to drive down to a slightly lower level, or where we may only need to be present purely humanitarianly and then put some weight in the places where we create development,” says Rasmus Prehn:

“It is in Africa. It is our neighboring continent, and if we want to make a difference, then we also have to put in so much effort that we can lead by example. But I am not where I can say that there is this and that and the country where we are withdrawing,” he says.

The limit is 0.7 percent

It will indisputably be necessary to “screw down a bit” elsewhere if the ambition to go all in on pioneer projects in Africa is to be possible.

Rasmus Prehn and his government would rather not increase aid beyond the current target of hitting 0.7 percent of gross national income.

“It is not the government’s policy. I will not slap myself on the chest and say that we need to spend more on development aid,” he says.

Do you expect aid to still be 0.7% of GNI at the end of the term of office?

“It depends on how things develop. But we do not get below 0.7. We have agreed this with the UN, and we are complying with it. Then I can note that there are some different parties with desires for something more. I can easily see the need and wish for something more. But that’s just not where we are now”

The legacy of the Minister of Solidarity

Shortly after Rasmus Prehn moved into his new office at “Asiatisk Plads” about a year ago, he gave himself the unofficial ministerial title “Minister of Solidarity”.

And as we towards the end of this one-year anniversary interview asks Rasmus Prehn how he hopes he will be remembered for his time in the Ministry of Devolopment, it is again the designation he highlights as his favorite trademark.

But what results should then ensure that the title becomes comprehensive?

“When I finish as minister, I would like to have secured water and electricity for more Africans, that more Africans have received a professional education, and that more people get a job where they can feed themselves. These are the things I want to be remembered for. There must be more photovoltaic systems, more wind turbines, more water pumps, and it must be used to ensure people a more independent economy”

Do you think that you will realistically look back on you as Minister of Solidarity, after a period in which the share of aid has been historically low, while millions of people are at the same time thrown into poverty due to the corona crisis?

“I am absolutely convinced of that. I deny that solidarity is measured only by the amount. It’s about us having to lift in droves. It is about working in a way where you also help those you help to help yourself. We are in full swing with that” 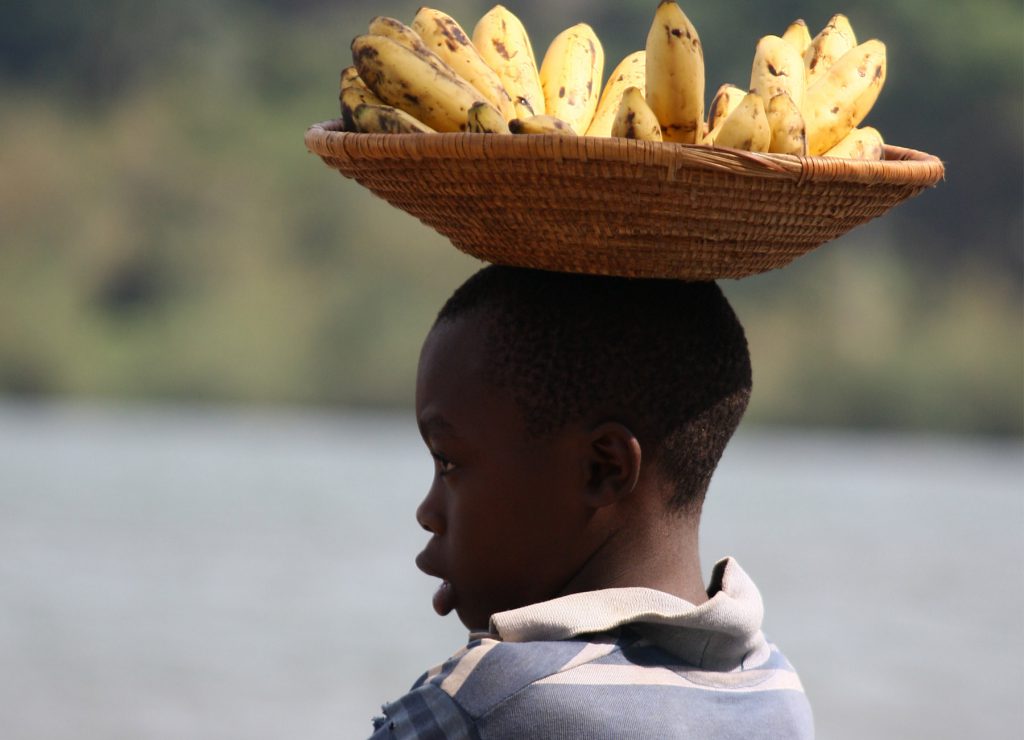