DAART behind new high school in Faryab province in Afghanistan

The Nazir Abad school building, funded by the Norwegian Ministry of Foreign Affairs, was handed over to the government and the local community at a ceremony held on 23 August 2020.

The school has been built by the NGO Danish Assistance to Afghan Rehabilitation and Technical Training (DAARTT). It has a capacity of 1,152 students in two shifts and will significantly help improve teaching conditions for girls and boys at the Nazir Abad school in Maymaneh, the capital of Faryab province.

The school so far covered grade one to nine, but will now be able to include also grade ten and twelve and thereby serve as a high school. A quarter of the girls graduating from grade nine were previously not allowed by their families to continue education in a high school, as the nearest one was considered too far away. With the new school, high school education in proximity of their homes is open to all students.

There are currently 813 girls and 556 boys in the school (totally 1,368 students). In addition to the new building which can house sixteen classes, education takes place in an old, but still functional ten classroom building. Teaching will be taking place in two shifts, but in conditions that will eliminate seventeen classes held in unsuitable conditions, including twelve open air classes and support quality of education. With the expansion to high school, the number of classes and students will increase.

The Nazir Abad school building is part of a batch of three schools which will be completed this year in Faryab by DAARTT. The three schools are funded by the Norwegian Ministry of Foreign Affairs and will enable 4,172 girls and 556 boys receive education in a conducive learning environment. The schools come with a protective boundary wall, guard room, latrine and safe drinking water. Education in tents, open air or private homes impede students’ attendance and make it particularly difficult for girls to receive education and for schools to attract and retain female teachers, which are often a precondition for girls’ education.

In welcoming the participants, the governor congratulated all parents, teachers and students of Nazir Abad on the school building, saying that their wish for a new school had now come true.

He also said he was happy to see everyone be back at the school after the coronavirus crisis. The governor further expressed his special gratitude to the Norwegian friends – the government, people and Ambassador of Norway – and said that in the history of Faryab, no country has supported the province as much as Norway, especially in the basic development and education sector. Also he thanked DAARTT for building schools of good quality in Faryab, and said that he hoped to witness the approval of the 32 schools requested this year as well as the completion of the schools over the coming two years.

Mr. Ezatullah Khoshbin, Director of Faryab education department likewise congratulated all students and teachers on the new school building and asked the students to help look after the building. He also encouraged all parents to send their children to the school, now that they have suitable space for education.

Mr. Abdul Ahad, headmaster of the Nazir Abad girls’ school also expressed his gratitude to the government and people of Norway and appreciation for the work of DAARTT, and encouraged parents to send their children to school, stressing that they can now study in real classrooms – not in open air or tents.

Mr. Mansor, one of the parents expressed his gratitude directly to DAARTT and so did Mr. Sher Mohammad, member of the school shura, who promised to personally look after the school building. 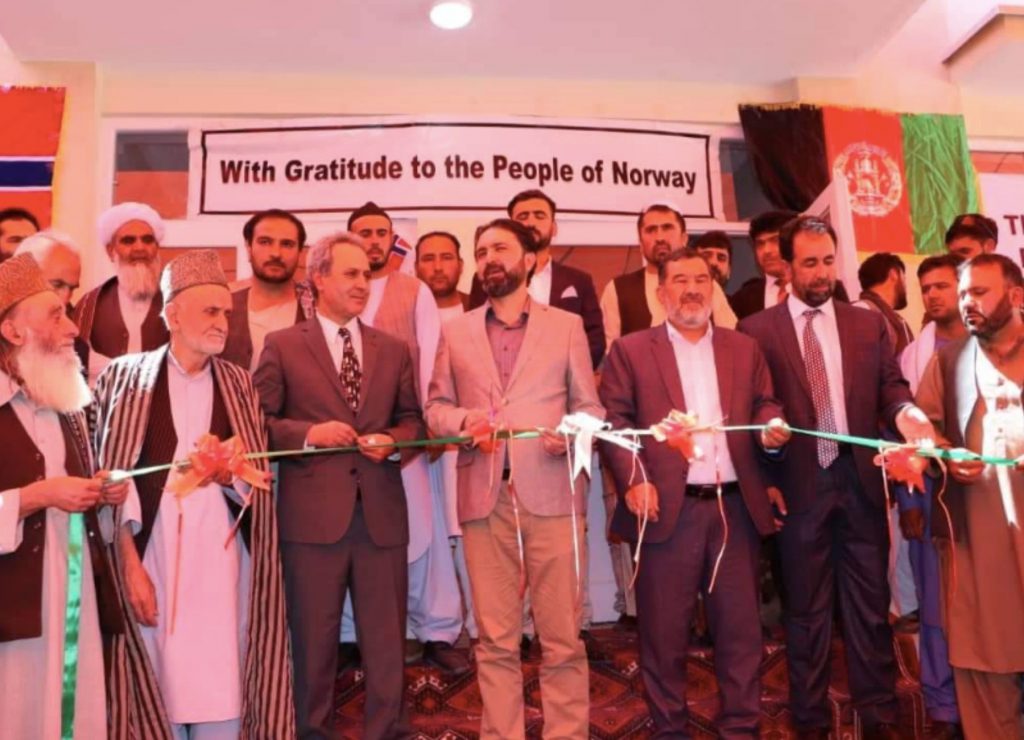